In 1999, while waiting for fellow bandmembers to show up at a gig in Breckenridge, Colorado, the concept for a bass bridge that could be installed either as a full assembly or as individual string mounts was sketched on a napkin. Additional considerations such as multiple string spacing options, quick string release, string height adjustability, and intonation adjustability were also imperative criteria for the bridge’s design.

After a long weekend of non-stop brainstorming, design and redesign, the first working drawings were made. Shortly thereafter, prototypes were installed on a handful of basses, refinements were made, and the result is the ultra-modular and versatile design we offer today. 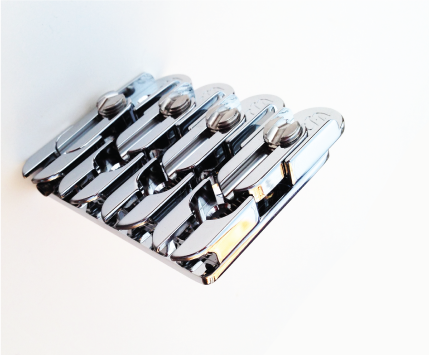